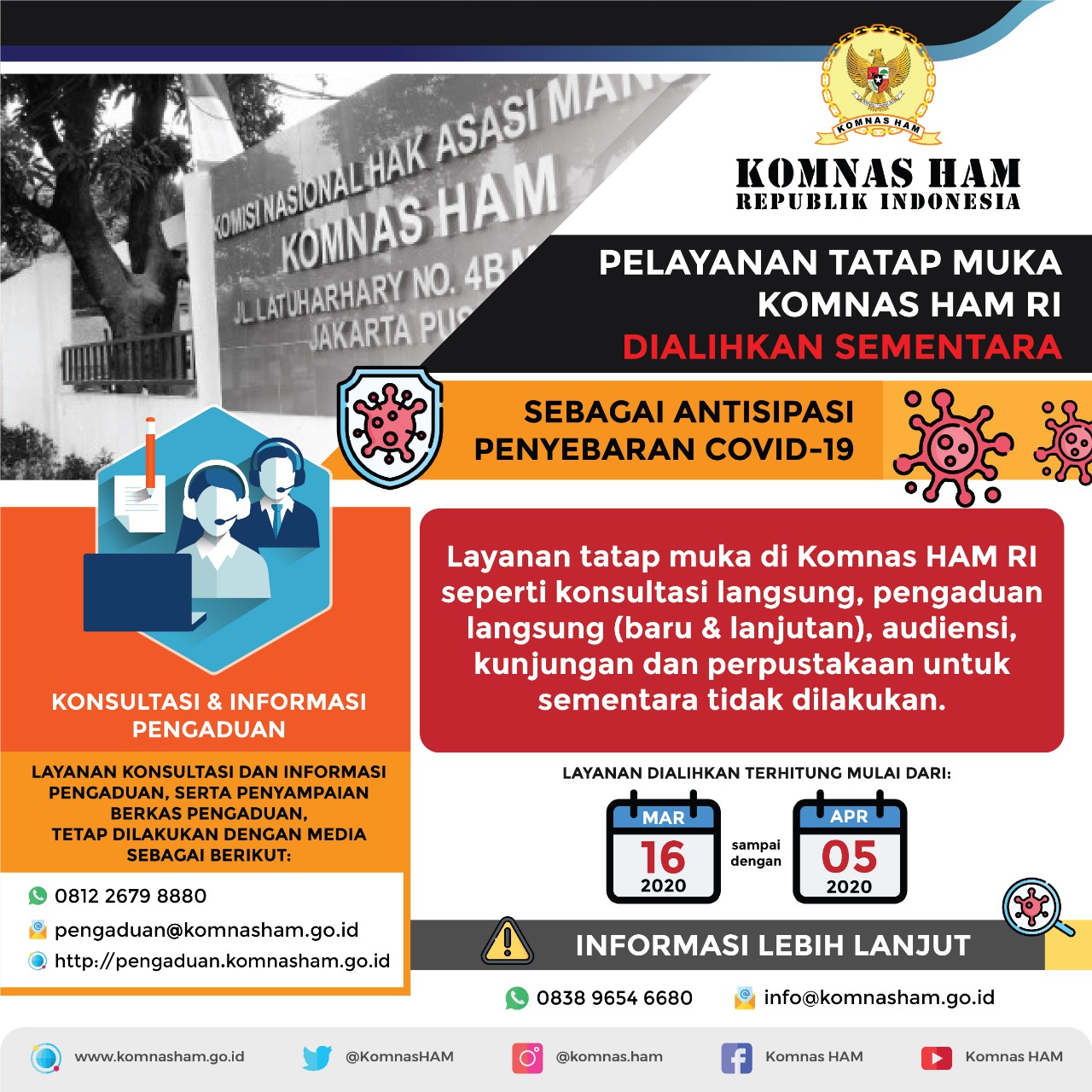 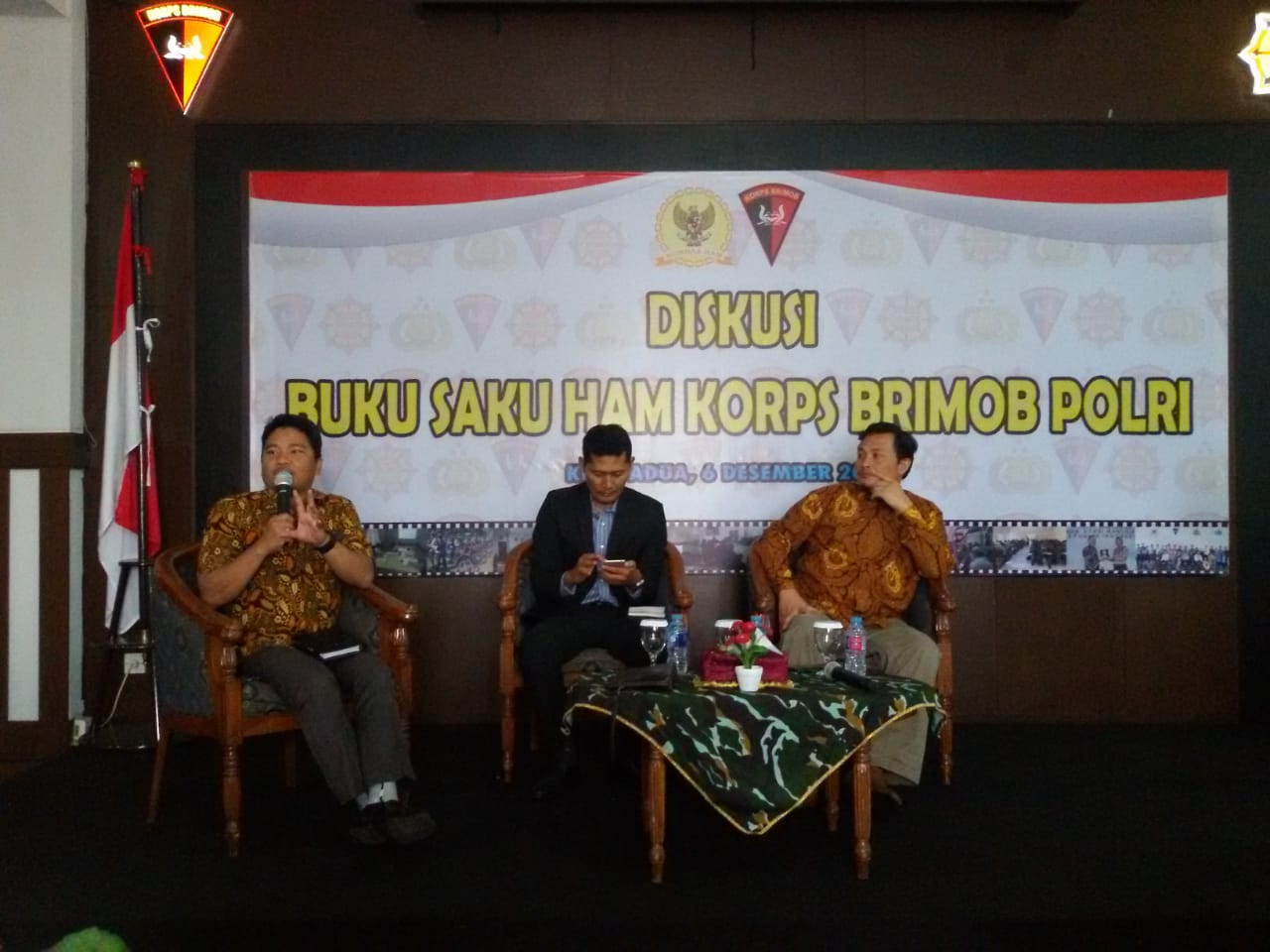 Members of the elite police force, Mobile Brigade Corps (“Brimob”), were each given a human rights pocket book (“HAM Pocket Book”) which will be used to assist officers in implementing human rights based approach when performing their professional duties.
This revolutionary step towards the enhancement of human rights promotion was introduced to officers of the police force and the Commanders of the Brimob Headquarters during a discussion on the HAM Pocket Book on Thursday (6/12) at Mako Brimob Kelapa Dua, Depok.
The material for this book was collectively complied by the National Human Rights Commission (“Komnas HAM”) together with the National Police Mobile Brigade and other units of the National Police Headquarters, such as the Legal Division and the Propam Division.
Expressing appreciation, the Head of Human Resources Division of the Mobile Brigade, Commander Pol. Suhendri, welcomed this development. Additionally, Suhendri urged that officers’ use apply the guidelines in the HAM Pocket Book in all aspects of their duties to ensure that the police force adheres to human rights principles.
The contents of the HAM Pocket Book were explained by Mimin Dwi Hartono, of Komnas HAM, and Muhammad Nurkhoiron, an ex-member of Komnas HAM, serving Komnas HAM from 2012-2017 took the opportunity to elaborate on the applicability of the guidelines.
Mimin explained the HAM Pocket Book would give members of Brimob a sense of assurance when performing their duties as they will be more aware of the type of acts which will and will not violate human rights which should be afforded to citizens.
Mimin advised, "Don't hesitate to act and use your authority legally, proportionally, and with good measure".
Furthermore, according to Mimin, the HAM Pocket Book is still open to review and development to accommodate the dynamic and practical challenges faced by Brimob members every day.
Continuing the discussion, Nurkhoiron explained that Brimob must be able to justify their actions to the community, so that it can be understood by the public and accounted for.
Khoiron asserted, "The challenge of Brimob and Police force in general is to explain every form of action taken so that there is no accusation of human rights violation. As such, the next step is to improve Brimob’s ability to communicate with the public and its stakeholders".
Banu Abdillah, the acting moderator of the discussion, concluded the event by expressing that the synergy between Komnas HAM and the National Police was an important agenda in the strengthening of the promotion and enforcement of human rights in Indonesia. (MDH/Jeff)